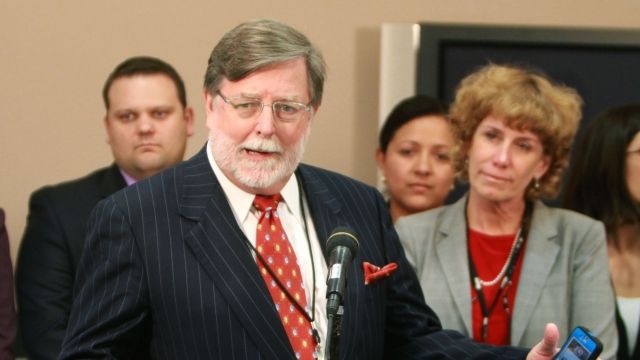 The attorney who represented Casey Anthony during her murder trial has a new client — and her target is Donald Trump.

Cheney Mason helped acquit Anthony of murder charges in the death of her 2-year-old daughter. He is now representing a "Jane Doe" plaintiff who's accusing Trump of rape.

The plaintiff and at least one other witness say they attended a party hosted by billionaire and convicted sex offender Jeffrey Epstein. The complaint says both Trump and Epstein raped the plaintiff multiple times during the party. The plaintiff says she was 13 years old at the time.

This is the third time the plaintiff has tried to file this lawsuit. The first lawsuit was dismissed for filing issues; the plaintiff just refiled the second lawsuit to add a new witness to the complaint.

Trump's attorneys have dismissed the accusations as a bogus smear attempt. A hearing has been set for December 16.