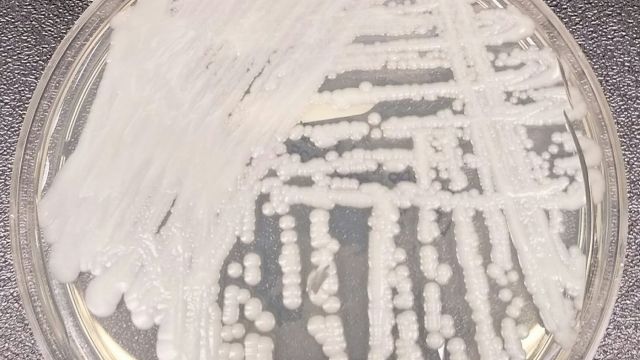 SMS
Cases Of An Often Drug-Resistant Fungal Infection Were Found In The US
By Ethan Weston
By Ethan Weston
November 5, 2016
Thirteen cases have been identified in U.S. since spring 2013.
SHOW TRANSCRIPT

An often drug-resistant fungal infection has made it to the United States, and it can be deadly.

The fungus — a yeast called Candida auris — is believed to have infected 13 people so far in the U.S. According to the Centers for Disease Control and Prevention, this is the first time the fungus has been seen in the states.

The infection is often found in health care settings like hospitals and nursing homes and first made an appearance in Japan in 2009.

The first seven cases of Candida auris infection in the U.S. happened between spring 2013 and summer 2016. Four of those patients died, but because they were all already very sick, it's unclear if the fungus killed them.

Six more cases were reported to the CDC after August 2016, and are still under investigation.

Since it was first identified seven years ago, the fungus has been found in South America, the Middle East, Africa, Europe, in Asia's southeast and east — and now North America.

Since it was first identified seven years ago, the fungus has been found in South America, the Middle East, Africa, Europe, in Asia's southeast and east — and now the U.S.

All of the U.S. strains tested were linked to South America and South Asia.

Although most cases of the infection are resistant to multiple drugs, the U.S. cases have all had at least one anti-fungal drug that worked — at least for now.

But officials have long been worried about the increasing rate of antibiotic resistance and science's ability to keep up.

CDC Director Tom Frieden said: "We need to act now to better understand, contain and stop the spread of this drug-resistant fungus. This is an emerging threat, and we need to protect vulnerable patients and others."

The CDC is also worried because at least two of the U.S. infections occurred in patients at an unnamed hospital in Illinois, which is further evidence the fungus can spread within health care systems.