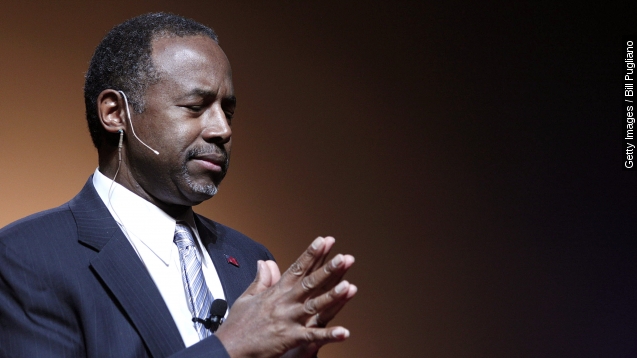 It looks like Ben Carson is taking both Donald Trump's lead in the polls and his knack for controversial statements. (Video via Carson America)

"What if someone has an unwanted pregnancy? Should they have the right to terminate?" Chuck Todd asked.

"No. Think about this: During slavery — and I know that's one of those words you're not supposed to say, but I'm saying it — during slavery, a lot of the slave owners thought that they had the right to do whatever they wanted to that slave. Anything that they chose to do," Carson said. (Video via NBC)

Of course, those who already didn't like Carson probably like him less now, especially supporters of Planned Parenthood.

And you can't say he's new to this type of thing.

"You know, Obamacare is really, I think, the worst thing that has happened in this nation since slavery. And it is in a way, it is slavery in a way, because it is making all of us subservient to the government, and it was never about health care. It was about control," Carson said. (Video via FRC Action)

But if you do like Carson, comments like those probably won't make you suddenly dislike him. At least that's what the data says.

Lynn Vavreck, a political scientist at UCLA, told The Washington Post those who would pay attention to the gaffe already have their own opinions on candidates. And those who don't, don't really care. “The 24-hour news cycle has not really affected the average American who isn’t into politics," she said.

For example, MItt Romney's unflattering comment in 2012 about the supposed 47 percent of Americans who relied on government assistance hardly had any impact on the polls at all.