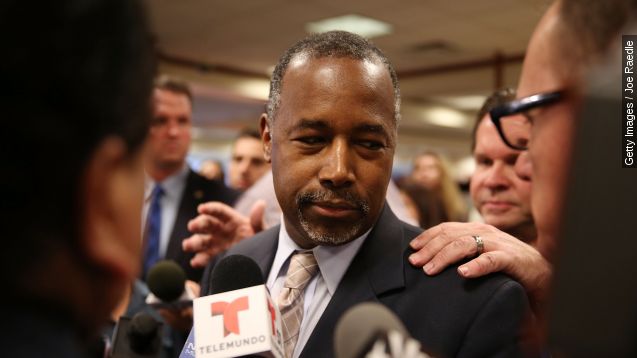 Ben Carson's camp said Friday the Republican presidential candidate had lied about being accepted to the U.S. Military Academy at West Point.

Politico reports West Point has no record of Carson applying to the military academy or being offered admission, even though Carson wrote he received a "full scholarship" in his popular book "Gifted Hands." (Video via West Pointe)

The truth, according to campaign manager Barry Bennett, is that Carson was told by West Point officials he could get an appointment based on his ROTC performance, but Carson never followed through. (Video via CNN)

This is at least the second time Carson's been accused of fabricating a story in his bid to become the Republican presidential candidate. Carson has come under scrutiny for claiming he tried to stab someone as a teenager. Carson contends that story is absolutely true.

But he told BuzzFeed: "Have you ever played that party game where you whisper into the person’s ear and then they tell it, and by the time it gets all the way back around it’s a different story? That’s what we’re talking [about] here."