Cars With Gas Engines To Decrease Big-Time By 2017 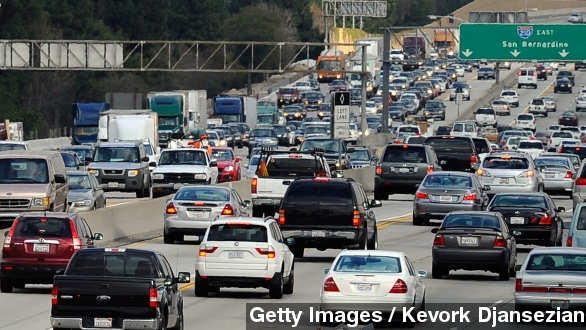 SMS
Cars With Gas Engines To Decrease Big-Time By 2017
By Katherine Biek
By Katherine Biek
January 5, 2015
Two years from now, Navigant Research predicts fewer than half the new cars on the road will have conventional gas engines.
SHOW TRANSCRIPT

A research company is predicting more than half of new cars on the road will be powered by something other than a conventional gas engine by 2017.

But that doesn't mean these new cars won't rely on gasoline to fuel them.

According to Navigant Research, "Gasoline is anticipated to remain the leading fuel in the coming years, albeit in unconventional vehicles that employ a range of fuel-efficiency technologies, such as smaller engines and turbocharging."

Navigant looked at technology used in today's market to improve fuel economy, as well as global market forecasts for sales of light-duty vehicles, which are cars and trucks that seat 12 or fewer people.

The report says the biggest innovation in fuel economy at the moment is stop-start technology.

It automatically shuts the vehicle off when idling and then restarts the vehicle when the gas pedal is pressed. By 2025, Navigant predicts 58 percent of vehicles sold will utilize this technology. (Video via Nissan Australia)

Not too surprising, since it saves people money on gas.

AAA gave glowing recommendations for three vehicles with automatic stop-start systems, saying the technology could save drivers up to $179 in fuel annually. That figure is based on the assumption the consumer is driving about 15,000 miles a year.

But more than a week after the Navigant report was published, news came that sales of conventional gas-engine cars had increased in 2014, partly because of lower gas prices.

And the Detroit Free Press reported sales of gas-electric hybrid vehicles had actually decreased at the same time.

Those sales were down 9 percent. On the flip side, plug-in hybrid car sales increased 17 percent.

Federal regulations for fuel economy standards will likely play into the trend Navigant is predicting.

Back in 2011, the U.S. government decided all light-duty vehicles will need to have a combined city/highway rating of 54.5 miles per gallon by the year 2025.

Currently, the 2015 Toyota Prius hybrid is the nonelectric vehicle that's closest to making that goal. It gets around 50 miles per gallon. (Video via Toyota)