Cars Last Longer, And Americans Are Buying More Of Them 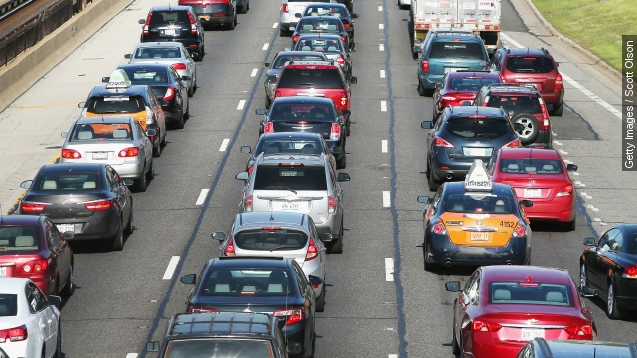 SMS
Cars Last Longer, And Americans Are Buying More Of Them
By Leah Becerra
By Leah Becerra
July 29, 2015
Cars are lasting longer, thanks in part to automakers designing better-quality vehicles. But Americans are still buying.
SHOW TRANSCRIPT

Cars driving on U.S. roads have never been more classic, and by that I mean old.

Consulting company IHS released a report saying, "The combined average age of all light vehicles on the road in the U.S. has climbed slightly to 11.5 years." The firm says this is due to manufacturers making "better quality" vehicles. (Video via DeSoto)

But there's another factor helping drive up the average age of a car: More people are keeping their old clunkers.

In the first quarter of the year, the average length of time people held onto cars they purchased new grew by 26 months since the same quarter in 2006. And used car buyers kept their wheels an average of 25 months longer. (Video via Volkswagen)

The number of registrations also grew, though, meaning not only are people keeping their cars longer, they're also buying additional autos. (Video via Toyota)

This had such an impact that registrations reached a record 257.9 million. That's a little more than 2 percent growth since last year, making it the largest annual increase since the IHS starting paying attention to this stuff. (Video via Cadillac)

All this data should make the car industry happy, because even though its products don't necessarily need replacing, newer products are still leaving the lot. It's basically a win-win situation. (Video via Ford)

Another plus side to the report: All this exchanging of money is further proof the nation is on the mend economically.