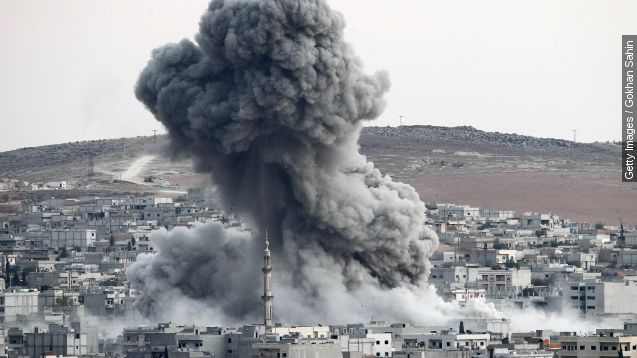 What would it mean to "carpet-bomb" ISIS?

"You have said you would 'carpet-bomb ISIS into oblivion, testing whether or not sand can glow in the dark.' Does that mean leveling the ISIS capital where there are hundreds and thousands of civilians?" CNN's Wolf Blitzer asked during the GOP debate.

That sort of mass bombing in Syria and Iraq would cause major casualties among civilians where ISIS has set up its so-called caliphate.

But in talking about carpet-bombing, Cruz also says this: "You would carpet bomb where ISIS is. Not a city, but the location of the troops."

Bombing ISIS where it is, is exactly what the U.S. and its allies are already doing. In other words, precision bombing. (Video via U.S. Central Command)

As of mid-November, coalition airstrikes had damaged or destroyed some 16,000 targets.