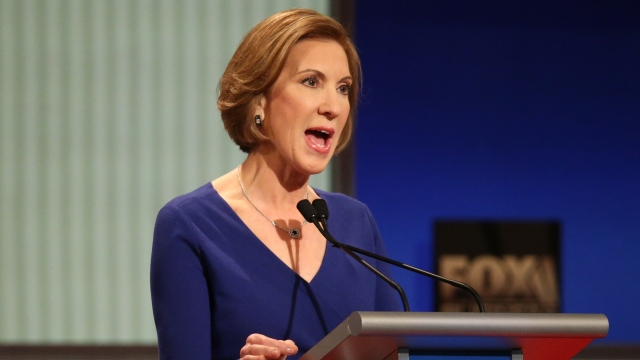 SMS
Carly Fiorina Drops Out Of Presidential Race
By Eugene Daniels
By Eugene Daniels
February 10, 2016
Her poll numbers rose after the first Fox News debate, but she was eventually stuck with a polling average around 2 percent.
SHOW TRANSCRIPT

Former Hewlett-Packard CEO Carly Fiorina has dropped out of the race for the GOP presidential nomination.

Fiorina rode a strong showing in the first GOP debate to higher poll numbers and gained a spot on the main stage. But in January, she failed to meet the criteria and spent the rest of the primary season on the undercard stage. (Video via Fox News)

Her polling average, according to Real Clear Politics, was at just 2 percent. (Video via Carly for America)