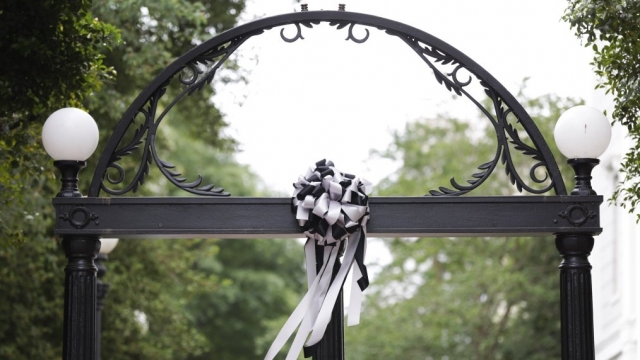 SMS
Car Crash Kills 4 University Of Georgia Students
By Katie Link
By Katie Link
April 28, 2016
The students were killed just days before the end of the semester.
SHOW TRANSCRIPT

Days before the end of the school year, a car crash killed four college students and seriously injured another outside of Athens, Georgia.

The Georgia State Patrol says the five young women — all students at the University of Georgia — were traveling northbound Wednesday night when their Toyota Camry crossed into the southbound lanes and hit another car.

The driver of that car suffered only minor injuries. The driver of the Camry sustained serious injuries, and the four passengers in her car were all killed.

"The loss of any student is very difficult. A tragedy of this magnitude is truly devastating," UGA president Jere W. Morehead said.

According to WAGA, investigators don't believe alcohol was a factor in the crash. Students on UGA's campus said they were reminded how quickly things can change.

The state’s governor ordered flags flown at half-staff in honor of the students who died. He tweeted, "Today, we are all Bulldogs.”

This video includes clips from WSB-TV and images from Getty Images.