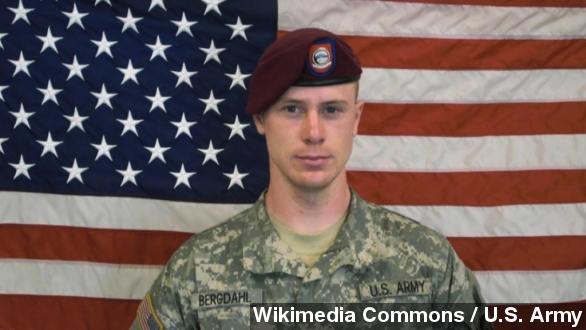 By Steven Sparkman
January 15, 2014
Military officials confirmed they recovered a "proof of life" video of Bergdahl from December but say the soldier's health appears to be diminishing.
SHOW TRANSCRIPT

The U.S. military has reportedly obtained a video of the only American soldier currently held in captivity, and it says the footage proves Sgt. Bowe Bergdahl is still alive.

CNN reports the video hasn't been released to the public yet, but an official tells the network Bergdahl is starting to look frail.

"The video ... shows Bowe in diminished health from the effects of close to five years now in captivity. The proof of life has a reference to Dec. 14 of last year, just a month ago."

Bergdahl was taken into captivity in June 2009 after leaving his military base in Afghanistan alone and on foot. He's believed to be held by the Haqqani network in Pakistan.

Videos of the now-27-year-old Bergdahl have been released before, but this is the first one in nearly three years. A defense analyst tells Fox News these videos, while reassuring, can also raise false hope. (Via Time)

"On the face of it, good news for family and friends, but there are serious complexities because proof of life doesn't necessarily mean an imminent release."

Bergdahl's family released a statement through a spokesperson, saying: "As we have done so many times over the past 4 and a half years, we request his captors to release him safely so that our only son can be reunited with his mother and father. BOWE - If (you) see this, continue to remain strong through patience. Your endurance will carry you to the finish line. Breathe!" (Via Times-News)

His captors have made demands before, asking for the release of five Guantanamo Bay prisoners in exchange for freeing Bergdahl. So far the Pentagon has refused the deal but says it's using all tools available to get Bergdahl home safely.