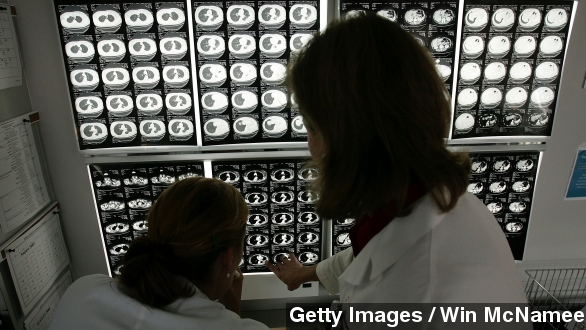 SMS
Cancer Survival Rates Improve For Some Groups
By Ben Lawson
By Ben Lawson
February 20, 2015
Survival rates for people with cancer are improving, but the results are not the same for people of different age groups, races and genders.
SHOW TRANSCRIPT

Survival rates for people with cancer are improving, according to a new study. But the results are not the same for people of different age groups, races and genders.

Overall survival rates for people being treated for breast, prostate, lung, liver and colon or rectal cancers have all seen improvement, but people diagnosed at a younger age saw the biggest change.

The study's lead researcher told HealthDay, "Although survival rates for most cancers have improved over the past few decades, the improvements were less remarkable among elderly patients."

There were also differences based on race, with African-Americans seeing worse results than whites. African-American women with ovarian cancer actually saw a decrease in survival over the past 20 years for reasons that aren't yet clear.

The study looked at more than 1 million patients diagnosed with various types of cancers between 1990 and 2009.

People in the 50-64 age group diagnosed with breast cancer between 2005 and 2009 had a 52 percent lower risk of death, compared with data from 15 years before.

However, patients aged 75-85 only saw risk reduced by 12 percent for breast and colon or rectal cancers.

The study, published in JAMA Oncology on Thursday, cited advances in radiation, chemotherapy and targeted treatment as factors contributing to the improved survival rates.