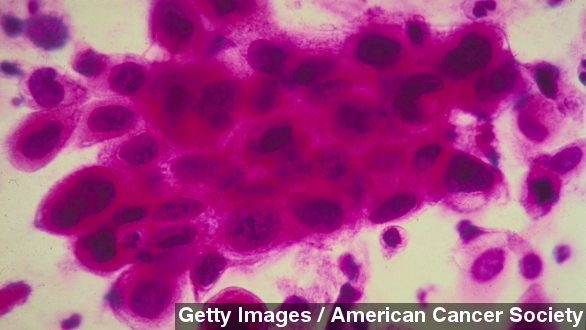 SMS
Cancer Study Blames Bad Luck For Two-Thirds Of Cases
By Madison Burke
By Madison Burke
January 1, 2015
Lifestyle, heredity and environment all play a role in cancer risk, but it turns out unlucky genetic mutations are to blame in most cases.
SHOW TRANSCRIPT

Every time this happens, there's a chance that some of the cell's DNA can mutate. The more mutations, the greater a person's risk of developing cancer. (Video via YouTube / Chemotherapy.com)

Researchers note it is usually a combination of luck, environment and heredity that can cause cancer, but it generally still all comes down to luck— giving the example of smoking.

While smoking raises cancer risk, in rare cases, lifelong smokers might never develop any complications. Basically, they can get really lucky. (Video Via CNN)

"Many forms of cancer are due largely to the bad luck ... regardless of lifestyle and heredity factors. The best way to eradicate these cancers will be through early detection, when they are still curable by surgery,” said researcher Bert Vogelstein.

Researchers believe this study may alter people's perception about cancer risk and aid in the development of new strategies to fight cancer.