Canadian Woman With A History Of Drugging Lovers Is Arrested Again 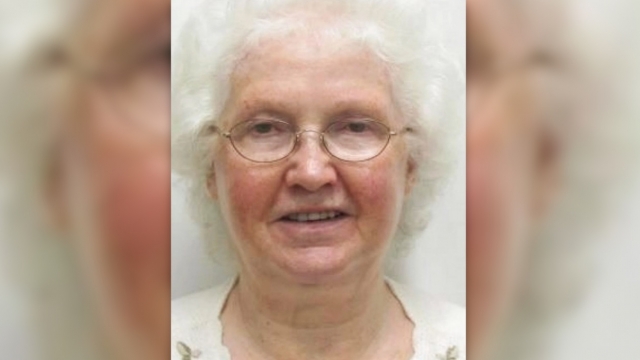 SMS
Canadian Woman With A History Of Drugging Lovers Is Arrested Again
By Newsy Staff
By Newsy Staff
April 13, 2016
A Canadian woman, dubbed "Black Widow," was arrested on accusations she broke the terms of her release. She has a history of poisoning past lovers.
SHOW TRANSCRIPT

An elderly Canadian woman known as the "Black Widow" is back in police custody after authorities say she violated conditions of her release.

Halifax Regional Police say 80-year-old Melissa Ann Shephard was taken into custody after she was accused of getting on the internet at a library in the city.

The terms of her release are so strict because of her history of drugging romantic partners.

Those conditions included not getting on the Internet, abiding by a curfew, informing police before she enters a romantic relationship and more.

Authorities say she's been a high-risk offender for a while.

"We believe that she poses a risk going forward to the particular group of elderly males that she has prayed upon in the past," Crown prosecutor James Giacomantonio told The Advocate.

Shephard is a convicted killer. In 1991, she was found guilty of drugging and repeatedly running over her second husband with a car.

She remarried, but her third husband died about a year into the relationship.

She then got into a relationship with a man in Florida who says she tried to poison him.

"I would go to sleep, and if i had to get for something, go to the bathroom or something, that's when I would get up and fall over," ex-boyfriend Alex Strategos told ABC.

She didn't serve any time for the allegations, but did serve time for snatching $20,000 from his bank account.

She most recently was behind bars for trying to poison her fourth husband during a honeymoon. She's due in court for the most recent allegations May 24.

This video includes an image from the Halifax Regional Police.