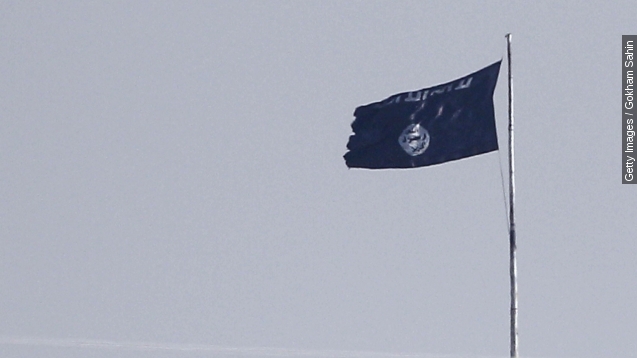 Justin Trudeau is set to become Canada's Prime Minister at the beginning of November, and he's already starting to make some big foreign policy adjustments.

In a phone conversation with President Obama, Trudeau said he will be pulling Canada out of the U.S.-led bombing campaign against ISIS militants in Iraq and Syria. (Video via CBS)

"We talked about Canada's continued engagement as a strong member of the coalition against ISIL ... but he understands the commitments I've made around ending the combat mission," Trudeau said Tuesday. (Video via The Guardian)

As of Tuesday, Canada says it's conducted 168 air strikes against ISIS, though that's a small fraction of the coalition as a whole. (Video via Global News)

According to the U.S. Department of Defense, the U.S has carried out about 80 percent of the total strikes. The rest came from coalition forces, including countries like the U.K., Australia and Canada.

Trudeau's party wants to focus more on humanitarian aid in Iraq and Syria and provide training to soldiers there instead of participating in the attacks.

The Canadian government hasn't set a timetable for the withdrawal of its six fighter jets now in the region. They were supposed to remain there until March of next year. (Video via The National)

Trudeau has promised Canada will withdraw slowly. In a press conference Tuesday he stated the Liberal Party will commit to the promises made during the campaign but will do so in a "responsible way."

The White House released a statement that barely talks about Canada pulling out from the attacks, but Press Secretary Josh Earnest praised Canada's efforts during his press briefing Tuesday.

“I think it would be shortsighted to reduce the relationship of the two countries to just one issue. ... Canada made a substantial important contribution to out counter-ISIL coalition," Earnest said. (Video via The White House)