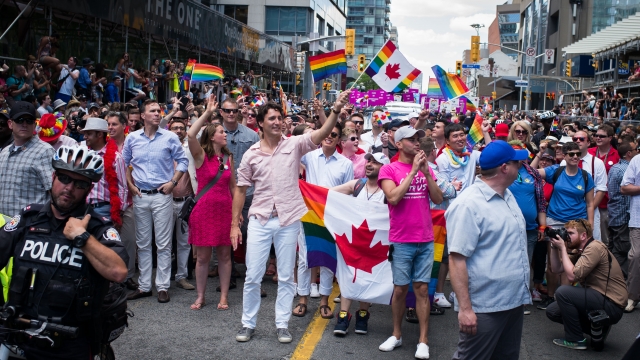 He became the country's first sitting prime minister to march in the parade. The 44-year-old said he's been attending the event for years.

"It shouldn't be a big thing that the prime minister's walking in Pride Parade, and from now on, it won't," Trudeau said in an interview.

It was particularly meaningful for one marcher — a gay Syrian refugee.

He told CBC, "Not in my wildest dreams would I ever have thought about having a day like this, marching next to the prime minister or marching in a Pride."

U.S. President Barack Obama hasn't marched in a pride parade during his eight years in office.

However, he designated the Stonewall Inn as America's first national monument for LGBTQ rights last month.

This video includes clips from CTV, BBC and The White House and images from Getty Images.