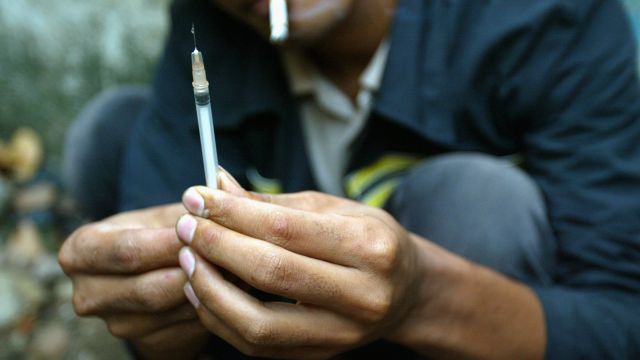 Canada is trying a controversial new way to deal with its opioid abuse problems: prescription heroin.

The program's meant to give users just enough of the drug to take the edge off of their withdrawal symptoms, helping them stabilize their life and avoid the crime and overdose risk that usually accompanies heroin use.

This doesn't mean doctors will be handing out heroin to any addict off the street, however, the Canadian government says the program will only cover a small minority of users who haven't had success with conventional treatments, like methadone.

British Columbia's Health Minister Terry Lake called the move "a more healthy approach to addiction. ... I think we need every single tool to fight this terrible problem that we have with addictions."

The program builds on work done by the Crosstown Clinic in Vancouver, which has already obtained a court exemption allowing it to prescribe heroin doses to 52 addicts. Several European countries have successfully tested similar programs.

Canada's Prime Minister Justin Trudeau has been a strong proponent of looser drug laws; he's already expanded the country's medical marijuana program and promised to legalize recreational marijuana use within the next year.

Canada's opposition Conservative Party is still opposed to any legal use of heroin. The party's health spokesman, Colin Carrie, told the media, "Our policy is to take heroin out of the hands of addicts and not put it in their arms."