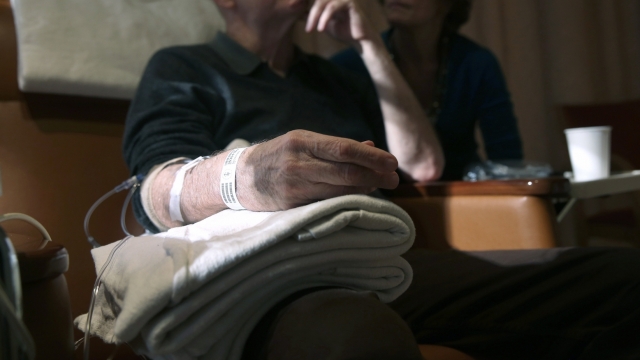 Canadian lawmakers are considering a new assisted suicide bill that would legalize euthanasia and shut the door on so-called "suicide tourism."

The legislation, presented Thursday, would give residents and Canadians who are "suffering intolerably" and who face a "foreseeable" death the right to die.

Patients would have to undergo assessments by two doctors and observe a 15-day "reflection period" before ending their lives.

It's a plan that’s backed by Prime Minister Justin Trudeau. "This government is focused very much on respecting Canadians' rights on defending their choices, allowing them choices, while at the same time protecting the most vulnerable in society," he said.

Those protections mainly refer to minors and people with mental illnesses — this bill won't give either group the right to die.

Also excluded? Anyone who's not eligible for Canada's national health care. According to the BBC, the Canadian justice minister avoided addressing exactly why outsiders are left out in this legislation when asked.

Assisted suicide is only permitted in a handful of states in the U.S. right now. Perhaps Canada foresees an influx of Americans heading north to die where it could soon be legal.

According to one study, that's what a lot of foreigners did after Switzerland passed its assisted suicide legislation. Researchers found that the number of "suicide tourists" who traveled to Switzerland to take their own lives doubled in four years.

In legalizing some sort of assisted suicide, Canada would join several other countries, including Belgium, the Netherlands, Germany and Switzerland.

This video includes clips from CBC and an image from shankar s. / CC BY 2.0.