Canada's New PM Is Still Moving Ahead With Pot Legalization 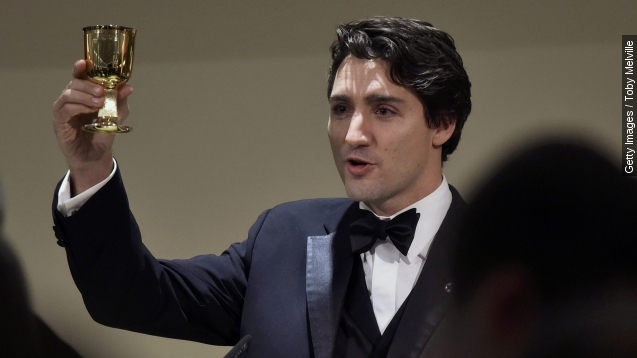 New Canadian Prime Minister Justin Trudeau's cabinet is making it clear the leader will move forward with plans to legalize marijuana in the country.

Friday, Trudeau's Governor General David Johnston laid out some specifics about the administration's plans to legalize, regulate and restrict access to marijuana.

Trudeau has been promising to legalize marijuana since 2013 and it was a major part of his platform during the race against former Prime Minister Stephen Harper. (Video via The National)

"I have said many many times, it is our intention to stop Mr. Harper's failed approach on marijuana. Right now the system Mr Harper is defending makes it easier for young people to access marijuana than it is for them to access beer or even cigarettes," Trudeau said in a press conference in October.

Trudeau's legalization proposals stem at least in some part from some U.S. policies. (Video via CNN)

According to The Guardian, Johnston said the country plans to look at how states like Colorado and Washington have worked since legalizing pot. (Video via CNN)

And honestly, it's a pretty lucrative tactic. Colorado collected $70 million in marijuana taxes during the first fiscal year it was legal. That was more than it got from alcohol which pulled in just $42 million.

But Colorado's director of the Marijuana Enforcement Division recently said Trudeau's plan for legalization is "going to be a lot harder to implement than you think. It's going to take a lot longer to do it. And it's going to cost more than you think." (Video via KUNC)

But Trudeau could have the numbers on his side. The Liberal Party has a majority in the House of Commons and a recent poll found 59 percent of Canadians support legalization. (Video via Vice News)