Canada's First Lady Gets Lambasted After Asking For Additional Help 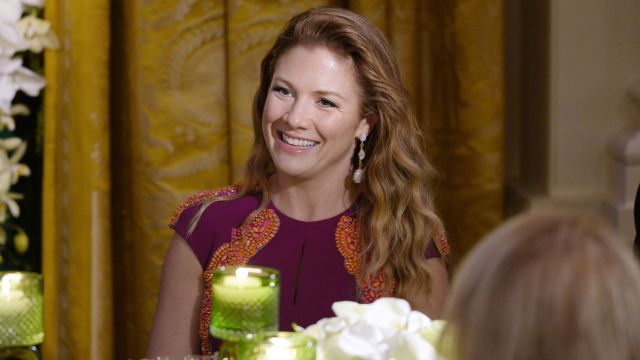 By Matt Moreno
May 17, 2016
Sophie Grégoire Trudeau told a French-language newspaper: "I want to be everywhere. ... I need a team to help me serve people."
SHOW TRANSCRIPT

It looks like Canada's first lady isn't going to get much of a helping hand from some taxpayers.

Sophie Grégoire Trudeau, wife of Canadian Prime Minister Justin Trudeau, is being mocked by the public and politicians alike for telling a French-language news outlet she needs help with the various projects and charities that request her services.

She told Le Soleil: "I want to be everywhere, but I can't. I have three kids at home, and I have a husband who is prime minister. I need a team to help me serve people."

The hashtag #PrayForSophie started popping up on Twitter after the interview was posted, with sarcastic tweeters suggesting lemonade stands, charity concerts, telethons and more to help Mrs. Trudeau get by.

"This is really about tax dollars. At the end of the day, anything that requires extra services comes from the taxpayers, so they have to justify it," Rona Ambrose, interim leader of Canada's Conservative Party, told The National.

"If we're going to be talking about being overwhelmed, let's talk about everyday women feeling overwhelmed," a New Democratic Party Parliament member said.

As GlobalNews points out, Canada doesn't technically have a first lady or any required first lady duties, but some prime ministers' spouses in the past have chosen to do charity work and be very visible in the public eye.

The Trudeaus have two publicly funded nannies and a personal chef, and Mrs. Trudeau has access to a personal assistant.

By comparison, first lady Michelle Obama has 20-plus staffers — a bit more help.

Luckily for Sophie Trudeau, help could be on the way. The prime minister's office is reportedly looking to add at least one more staffer, but no official hirings have yet taken place.

This video includes clips from the Prime Minister of Canada and CBC News and images from Getty Images. Music provided courtesy of APM Music.