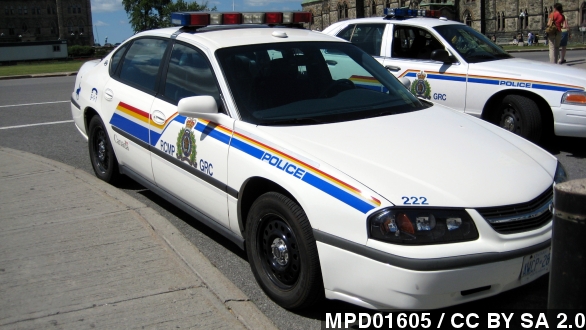 Police in Canada say they stopped a plan to commit a mass public shooting in Halifax, Nova Scotia, on Valentine's Day before killing themselves. One of the suspects is dead, though police haven't elaborated on several details in the alleged plot.

"It's a bombshell everybody is talking about on social media and around the city that in little old Halifax, there could've been something really terrible happen on Valentine's Day," CBC's Halifax reporter Stephen Puddicombe said Friday night.

Police say they received a tip that a 19-year-old man from a Halifax suburb and a 23-year-old woman from Illinois had guns and planned to open fire in a public place. When they arrived at the teen's home early Friday, they found him dead. (Video via CTV)

About 45 minutes later, police say they arrested the woman and another man at the local airport. They also took a teen from another Halifax suburb into custody, though police haven't said what these other two people have to do with their investigation.

During a press conference, the top police official for Nova Scotia told reporters, "I wouldn't characterize it as a terrorist event. I would classify it as a group of individuals that had some beliefs and were willing to carry out violent acts against citizens."

It's unclear where police believe the two main suspects planned to open fire before killing themselves, but Halifax is in the middle of a four-day Hockey Day celebration with several large public events planned for Saturday. (Video via City of Halifax)

Police clarified the suspects' beliefs they spoke about in the press conference were not culturally based, which is perhaps why they made sure to stress they do not consider this foiling a terror plot.