Can You Really Fly From LA To Iceland For $99? 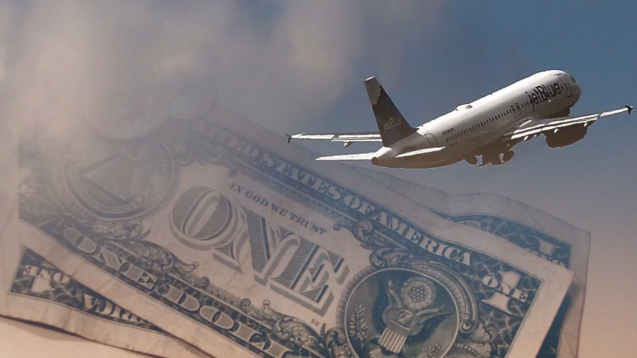 SMS
Can You Really Fly From LA To Iceland For $99?
By Christian Bryant
By Christian Bryant
January 14, 2016
WOW air and Norwegian Air are two airlines offering flights from the U.S. to Europe for cheap, but are the low prices too good to be true?
SHOW TRANSCRIPT

If you live in the U.S. and you want to get to Europe, a few airlines can get you there — without making you break the bank.

Take, for instance, Iceland-based low-cost airline WOW air. That carrier recently made waves by offering a $99 flight from Los Angeles to Iceland's capital city, Reykjavik, and a $199 flight from LA to Europe. (Video via WOW air)

And WOW air isn't alone. Low-cost rival Norwegian Air is also offering flights from the U.S. to Europe for under $200. (Video via Norwegian Air Shuttle ASA)

Those two airlines are building on the same low-cost flight model that Spirit, Allegiant and Frontier have used in the U.S., and that Ryanair and easyJet have used in Europe. But are cheap trans-Atlantic flights too good to be true?

Airlines offering those super cheap flights also tack on ancillary charges and fees for things like hefty carry-ons or a seat assignment. Although those fees can sometimes double the price of the original ticket, it can still be cheaper than what many other commercial airlines offer.

And those low-cost flights to Europe from smaller carriers might look even more attractive now that major U.S. carriers pushed prices up a few bucks. TravelPulse reports United, Delta, American, Southwest and JetBlue all increased fares by $3.

According to USA Today, industry experts believe there's room for more low-cost airlines to begin offering cheap flights to Europe, like WOW and Norwegian. In the meantime, both airlines plan to add more flights from the U.S. to Europe. And prices could go even lower.

Norwegian Air CEO Bjørn Kjos said last year he hoped to drop prices on one-way trans-Atlantic flights to $69 in the near future. (Video via Gode Reclaimer / CC BY 3.0)