Can 'Yooka-Laylee' Live Up To Its Kickstarter Success? 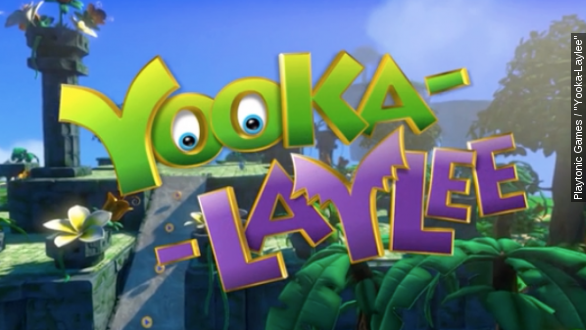 In a skyrocket fueled by nostalgia, another video game has blasted past its Kickstarter goal.

Playtonic Games' Kickstarter for its new game, "Yooka-Laylee," hit its goal of $270,000 less than 40 minutes after the Kickstarter went live. It's now raised more than $1 million as of Friday night, and shows no signs of slowing down.

That's because it comes from some of the creative team behind "Banjo-Kazooie" and "Donkey Kong Country." The new game is being described as a revival of the "buddy-duo platformer" starring Yooka, the chameleon, and Laylee, the bat. And, yeah, they are adorable.

But this all sounds like a cautionary tale we have heard before. A promise of a game reminiscent of yester-year and an obscene amount of money thrown its way from eager fans long before the game will be completed.

This literally just happened with "Broken Age." That game actually got it's funding way back in 2012 but the second chapter just came out this week. It scooped up more than $3 million thanks to fans excited for a project calling back the action-adventure games from the 90s.

That game saw huge delays which can be at least partially blamed on overshooting its funding goal. The designers kept trying to alter the scope of the game to fit its funding.

To be fair, the result did earn some high critical praise but it doesn't change the fact that huge amounts of consumer money was poured into a product with no definitive release date. And "Broken Age" is actually one of the more successful examples of a Kickstarter game.

"Yogventures" died a painfully embarrassing death, "Star Citizen" has all the money in the world, yet nothing to show for it and "Godus" seems to be dead in the water.

These same concerns could all be raised for "Yooka-Laylee." However, all of this isn't to say that Kickstarter games are a bad thing.

Lately, major developers seem unwilling to take any risks and as a result, nearly every game is a sequel, reboot or part of a larger franchise. So Kickstarter lets consumers decide what games get made, that is, if they are willing to shell out the cash.

Currently, "Yooka-Laylee" is scheduled to keep raising funds for the next 46 days. How much money it will pull in by the end is anyone's guess.