Can We Save Orangutans? 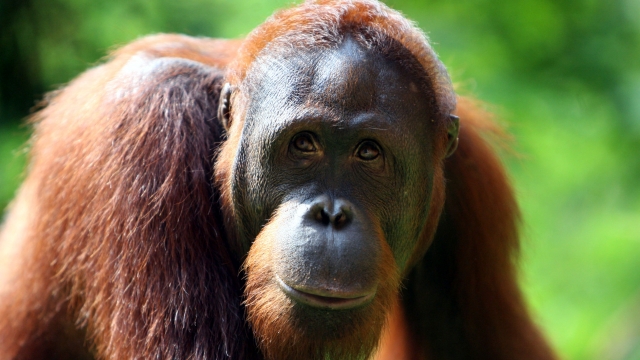 The orangutan might be headed for extinction — despite major conservation efforts.

A report by the International Union for Conservation of Nature says the Bornean orangutan is now critically endangered.

The only other orangutan species, the Sumatran orangutan, is already listed as critically endangered, meaning both species are now at "extremely high risk of extinction in the wild."

The IUCN report found that Bornean orangutan populations slid by nearly two-thirds since the 1970s thanks to habitat destruction and illegal hunting. By 2025, that population is expected to be just 47,000.

One of the report's authors told Mongabay, "This is full acknowledgment of what has been clear for a long time: orangutan conservation is failing."

Because of human encroachment, only about 60 percent of Borneo's forest was habitable for orangutans in 2010, and illegal burning and logging continue to pose threats.

But the new label of critically endangered doesn't necessarily mean extinction is a given. It's possible new conservation efforts could help save the orangutans, although one of the report's authors says the situation is likely to get worse before it gets better.