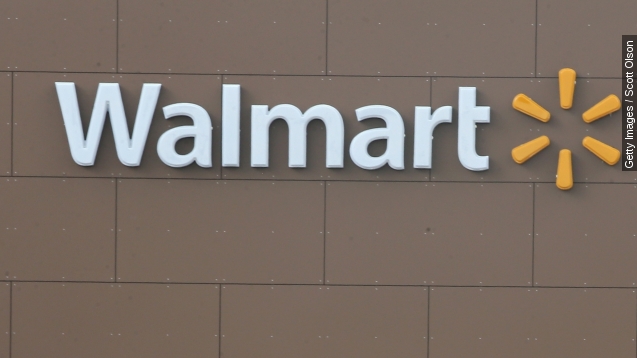 SMS
Can Wal-Mart's Shipping Service Deliver Over Amazon Prime?
By Evan Thomas
By Evan Thomas
May 14, 2015
Wal-Mart is testing its subscription shipping service, but a limited rollout means Amazon will retain a comfortable lead in the e-commerce space.
SHOW TRANSCRIPT

Wal-Mart wants to get into subscription shipping services, and it's ready to undercut Amazon to do it.

The Information reports Wal-Mart's service, codenamed "Tahoe," would offer products for delivery in three days or less for an annual fee of $50.

Amazon's Prime service goes for $99 a year, but it gets customers faster two-day shipping and a wide array of streaming media and other perks.

A spokesman for Wal-Mart told Bloomberg the service would start with an invite-only testing phase in a select number of markets, none of which have been announced.

It's a toe in the water, in other words. But to hear the analysts tell it, Wal-Mart needs to make more permanent changes to stay relevant. One who talked to CNBC pointed to the hottest products of 2014: household goods. (Video via Walmart)

"The fastest-growing category in terms of online growth, was consumer product goods. So it's Bounty, it’s Cheerios, it's Tide. That’s the heart of Wal-Mart, and they need to compete," Chris Horvers said.

Tahoe is the latest in a series of attempts to better compete with the rising popularity of e-commerce. See Wal-Mart Pickup, where customers in certain markets can send online orders for groceries and pick them up at a later date.

And Wal-Mart's website, which it overhauled last year with better search and mobile support.

But it's still playing catch-up. Amazon still has more than double the online pull, boasting 168 million monthly unique visits to its websites in the third quarter of 2014 to Walmart’s 73 million.

Walmart spokespeople say Tahoe will roll out — to markets unknown — this summer.