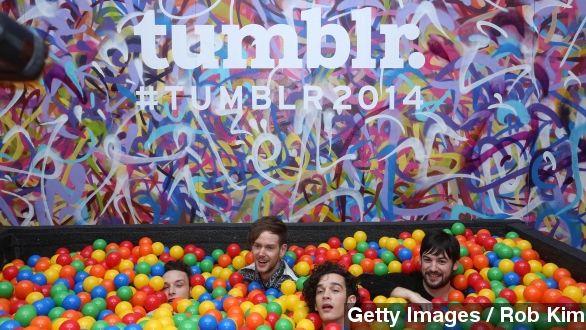 SMS
Can Tumblr Make Ads People Actually Pay Attention To?
By Ben Lawson
By Ben Lawson
January 22, 2015
Tumblr is using its top content creators to develop advertising that people might actually like enough to share themselves.
SHOW TRANSCRIPT

Right now, paid advertising on social media is ignorable at best. But blogging service Tumblr is working on a plan to create ads that people might actually pay attention to.

The company announced a new plan called Tumblr Creatrs that will use the site's best artists to create advertising that actually engages users.

Tumblr will recruit its top content creators to work with brands on advertising campaigns, not just for Tumblr but across the Internet.

If you're thinking this seems like Tumblr is just creating its own ad agency, you aren't wrong. But there are two things that make this stand out.

For Tumblr's content creators, this will allow them to reach a much bigger audience than what they would have reached otherwise, and, of course, there is the paycheck, too.

And brands get access to artists who know what content actually works on Tumblr. This is what artist Emily Blincoe did for Arizona Jeans. The site doesn't want the ads to look like ads but fit in with art on Tumblr.

To use the Creatrs Network, brands are required to purchase ad space on Tumblr before it rolls out the campaign in other mediums.

Right now, Tumblr isn't accepting applications for the Creatrs program but is recruiting people directly itself. However, some outlets speculate the company could open up an application process in the future.