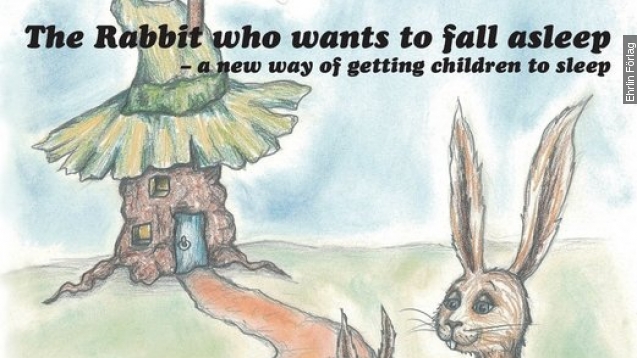 Parents are loving Amazon's newest bestseller, although they might never reach the ending.

"The Rabbit Who Wants To Fall Asleep" is said to use psychological techniques to make children fall asleep and cues the parent when to slow their speech and even when to yawn.

"'Yes, that's true,' you now thought. 'I feel even more tired already. Now, he has made me sleepier,'" an excerpt from the book says. (Audio via Amazon)

The Swedish psychologist who wrote the book told CBS the the language pattern and sentence structure is the secret. He said, "One could say that this story is the verbal equivalent of rocking the baby to sleep."

There are parents who claim the book doesn't work or at least doesn't get their children to sleep any faster. It might be because the psychology of falling asleep isn't as much of a formula as it seems.

Although yawns might be contagious, they don't always mean you're ready for sleep. In fact, a neuroscientist told the New Yorker yawns are often followed by an increase in activity.

In a study of soldiers, the scientist found parachuters yawned the most right before they jumped.

And parents should steer clear of the e-book. Blue light emitted from electronics stops the production of melatonin, the chemical that naturally puts you to sleep.

The author says if it doesn't work the first time, try again.

"It's mostly about creating a habit, and children are different," the author told NBC.

Research does support using routines to fall asleep. Who knows? If parents read the story enough, maybe the mere mention of a bedtime story could help their kids doze off.