Can The Warriors' Playoff Hopes Survive In Stephen Curry's Absence? 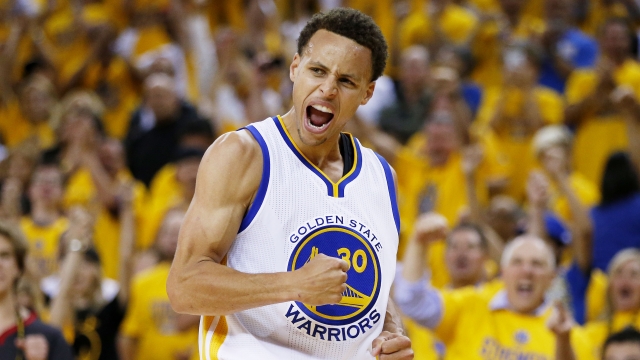 After breaking the NBA regular season win record, the Golden State Warriors are looking to solidify their claim as the greatest team in league history with a championship.

But, at least for the time being, they’re going to have to do it without NBA MVP Stephen Curry. The sharpshooting point guard slipped and hurt his right knee in Sunday’s game.

After an MRI, the team determined Curry would be out for at least two weeks. Now, NBA fans are wondering if the Warriors can survive without him.

Their first task is finishing off a Houston Rockets team that’s looked disinterested throughout the first round. The Warriors lead the series 3-1 and outscored the Rockets by 27 points in the second half after Curry hurt his knee.

If they can close out the series, their next matchup should prove much more challenging. They would play either the Portland Trail Blazers or the Los Angeles Clippers. Both teams have terrific point guards that could thrive in Curry’s absence.

But the Warriors have two other all-stars of their own in Klay Thompson and Draymond Green who are more than capable of keeping the team afloat. And if Curry can return in two weeks, he wouldn’t even miss the entire series.

So Warriors fans can breathe a small sigh of relief. Even with the league MVP's status in doubt, most of ESPN's experts still think the Warriors are going to make it to the Western Conference finals.

Curry himself doesn’t seem too worried about things either. He summarized his injury to reporters by saying, "I slipped. I fell. I’m hurt. My team is awesome. The end."

This video includes a clip from Under Armour and images from Getty Images.