Can The Game Awards Become The Oscars Of Video Games? 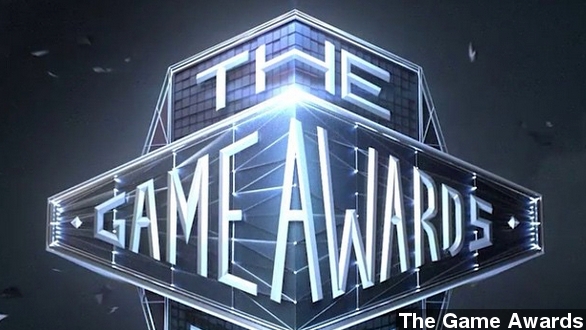 For every big entertainment industry, there’s a big red-carpet night. But despite several attempts, the billion-dollar video game industry hasn’t been able to come up with a gala event.

But maybe that's about to change. Gaming TV personality Geoff Keighley is bankrolling a new award show, dubbed simply "The Game Awards," which promises "a new night to celebrate excellence in gaming."

But after last year’s cringe-inducing train wreck, where host Joel McHale told Keighley, "You are one of Toronto's finest, and you've definitely done less drugs than your mayor," it's no surprise Keighley struck out for greener pastures.

So does this mean video games are finally getting their Oscars? Well, Keighley's got a lot of obstacles to overcome if he’s shooting for that title.

The first problem is viewership. There are plenty of excellent game award shows out there — the Developer’s Choice Awards, or the Interactive Achievement Awards. But they’re more industry-facing, and lack the pomp and razzle-dazzle to attract a wide audience.

The Game Awards certainly seem to have all the right mix of ingredients for that problem: a spacious venue in Las Vegas’ AXIS Theater, industry support from key players like Microsoft, Sony, Valve and Nintendo, plenty of digital distribution and not a McHale in sight.

But if The Game Awards are going to be really successful, they need to come to grips with why video games need an award show in the first place.

A good award show would serve the same purpose as it does in every other medium — to celebrate artistic and technical achievements which don't always get the commercial credit they deserve.

And then there’s this clip, from the show's trailer: "All that remains is for you to watch."

That was, in all probability, Scarecrow, a villain from the upcoming Batman game Arkham Knight making a brief cameo at the end of a trailer for The Game Awards. It’s also a sign that a trailer for the new game will be debuting at the awards, along with a Metal Gear Online teaser and probably a few more previews.

And while that’s probably great for driving viewers and sponsorship dollars, it runs up against the same problem that hamstrung the VGA’s — the commercials become more important than the awards.

"Much of the Spike TV awards was filled with trailers for games that haven't come out yet. The entire show felt like a big marketing ploy reminding people to buy all the games that had come out in the last six months, and to let everyone know that sequels were on the way," said Daniel Floyd of Extra Credits.

Video game companies already have plenty of high-profile events for announcing new products and building up hype. Keighley’s award show needs to focus on awards over announcements to stand out from the pack. (Video via Electronic Entertainment Expo, The Japan Times, IGN)

As a Forbes writer puts it, "I hope the show goes beyond celebrating hardware and industry milestones, and honors the well-known and off-the-radar developers who create the games we love. In order for us to have a legitimate awards show for our industry, that has to take precedence."

The Game Awards take place Dec. 5, and will be streamed online through its own site, Steam, and each of the major game consoles.