Can Psychology Reason Its Way Out Of A Replication Crisis? 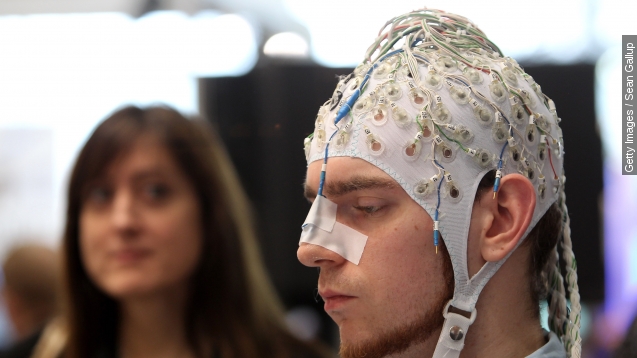 SMS
Can Psychology Reason Its Way Out Of A Replication Crisis?
By Ryan Biek
By Ryan Biek
July 18, 2015
Some studies in the field of psychology have trouble replicating the same results, but is that problem really as bad as it seems?
SHOW TRANSCRIPT

Replication. It's the cornerstone of science. Experiments in physics, chemistry, and biology are supposed to show the same results, every time. But psychology seems to be running into some problems.

The issue was magnified in a special issue of Social Psychology. The journal published a failed replication of a 2008 moral judgment study that had been cited almost 200 times.

The replicators in this recent study failed to get the same findings in the original experiment. One even called it an "epic fail" in a blog post. And it grabbed a lot attention.

The replicators say the original study had too few participants to have a definitive conclusion. But the original experimenter says despite others trying to perfectly recreate her study, she was largely kept in the dark regarding their process.

The controversy isn't limited to this one experiment. In April, Nature published an article in which 100 well-known psychology studies were replicated. Only 39 had their findings confirmed.

Some in the psychological community noted, however, this ratio isn't as bad as it may seem, considering hard science fields — like cancer biology and drug discovery — actually have worse positive replication rates, according to a Standford University researcher.

Psychological studies are arguably harder to replicate too because human subjects have their own thoughts, feelings, biases and susceptabilities.

The Economist noted in 2013 one major obstacle to accurate findings is a phenomenon called "priming," where subjects are swayed "by apparently irrelevant actions or events that took place just before the cusp of choice."

It's incredibly difficult for replicators to copy all of the original experimenter's actions, words, tones and demeanors. And replicators can add their own primes as well. Hence, the problem of figuring out who is right.

Funding is down for fields like psychology, political science and economics, in part because of replication woes. The U.S. House approved a bill in May giving roughly 45 percent of social science funding to fields like math, biology and engineering.

Some, though, argue psychology and other social sciences' research affects people's lives enough to merit working through issues like replication.

In regard to Congress' debate over cutting funding, a Washington Post writer said, "The quality of our lives depends a lot on families, schools and economic prosperity — to pick a few fundamental topics that social scientists study."

As the bill awaits the Senate, two large questions remain: How to improve social science replications, and, given a different process of research, if they deserve a different standard in replication success.