Can Panic Buttons On Cellphones Protect Women In India? 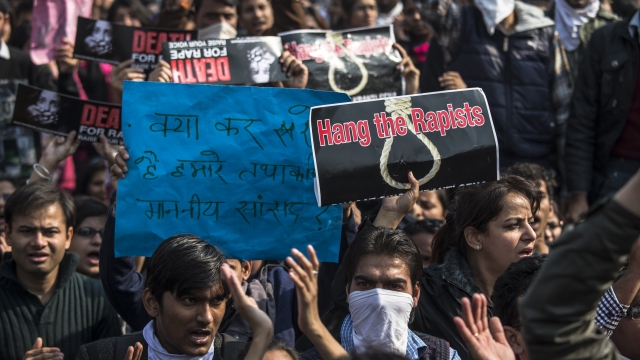 SMS
Can Panic Buttons On Cellphones Protect Women In India?
By Ben Lawson
By Ben Lawson
April 26, 2016
A new rule requiring panic buttons on cellphones is in response to India's increasing problem with violence against women.
SHOW TRANSCRIPT

Starting next year, new mobile phones in India must feature a "panic button" that will call emergency responders.

The rule is meant to address the country's increasing problem with violence against women. In 2014, there were more than 330,000 crimes against women in the country — up more than 9 percent from the previous year.

There are already apps in India that can call a private security service, and many smartphones allow emergency calls without unlocking the phone.

But this new policy, reported by Bloomberg, would make contacting emergency responders easier.

The rule specifies that the panic button on smartphones would be a designated button, and for other phones, an emergency call would initiate when users hold down the "5" or "9" buttons.

Another part of the law requires smartphone makers to include satellite-based location technology by 2018 — allowing emergency responders to better track where a call is coming from.

This video includes clips from Al Jazeera and Apple, and images from Getty Images.