Can 'Minions' Keep The 'Despicable Me' Streak Alive? 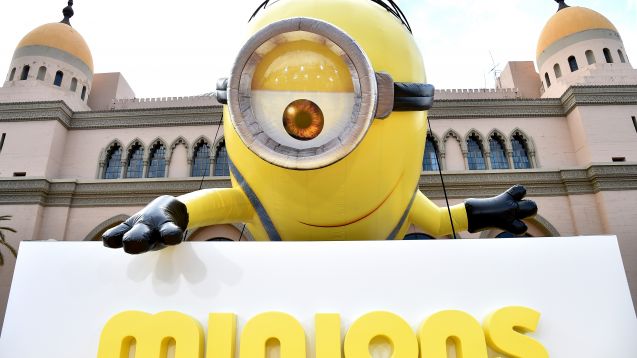 They're cute... they're cuddly and a little evil. (Video via Universal Studios.)

And now, the sidekicks from "Despicable Me" are taking the lead in their own movie titled, what else? "Minions", the first prequel in the series.

We'll follow the little yellow guys B.G. (Before Gru) as they work to find an evil boss to serve.

Don't worry, they're not alone. Some big-name stars are joining the mix this time around. Sandra Bullock, Jon Hamm and Michael Keaton star as villains in their own right.

The good news for Universal's bottom line is that the series is already pretty popular. Both "Despicable Me" movies did well at the box office, making a combined $619 million in the states.

But can they carry a movie on their own? Comingsoon.net says probably, explaining the yellow guys are marketing gold because "they are cute and their humor is simple enough for even the youngest kids to understand."

But it's not all good news. That same article points out that animated spin-offs tend not to do as well at the box office.

But as Variety reports, the movie has already made more than $141 million in less than three weeks overseas. So it looks like the little guys will probably be just fine.