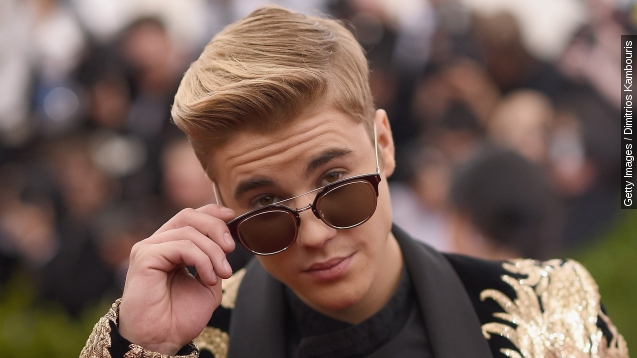 Justin Bieber pleaded guilty Thursday to assault and reckless driving charges after a 2014 incident with paparazzi, according to CTV News.

In other words, the discharge will be wiped from Bieber's record after one year.

Bieber was arrested after his ATV collided with a minivan full of photographers while he was on vacation in his hometown in Ontario, Canada, with his then-girlfriend, Selena Gomez.

Since Justin Bieber's March Comedy Central Roast, the mega-pop star has been trying to rebuild his image following a string of bad PR incidents including egging a neighbor's house, complaints of loud house parties and having his private jet detained because it smelled like pot.

In an effort to put the past behind him, he's done things like posting a fun lip sync video with friends and even issuing an apology video on his Facebook page.

"I'm not who I was pretending to be," he said in the video.

And while the Biebs has had his fair share of run-ins with the law, when looking back on other child stars, he's not doing too bad for himself.

Macaulay Culkin, for example, rose to fame after his lead role in the "Home Alone" franchise, but after several drug use allegations, his career took a downturn.

Then there's Amanda Bynes and her odd antics, which have led her to retreat from the public spotlight for the past three months until she was spotted this week at a popular restaurant in Los Angeles.

And our favorite "Parent Trap" star, Lindsay Lohan, just finished her 125 hours of court-ordered community service that she received after a 2012 reckless driving charge. In May, she tweeted, "Clean slate, fresh start."

It seems like, similar to Lohan, Bieber's fresh start is working and his career is on the upswing. So maybe the apologetic attitude has done him some good?

After all, there was a time when Americans were signing petitions to have the singer booted out of the country.

If he succeeds in the revamping of his image, he'll fall in line with other megastars like Robert Downey Jr., Nicole Richie, and Tim Allen, who have all had run-ins with the law but have managed to become respected celebrities.

And if he is ever in need of support, he's got an entire fan base of Beliebers who will be with him every step of the way.