Can India's Solar Airport Make A Dent In The Smog? 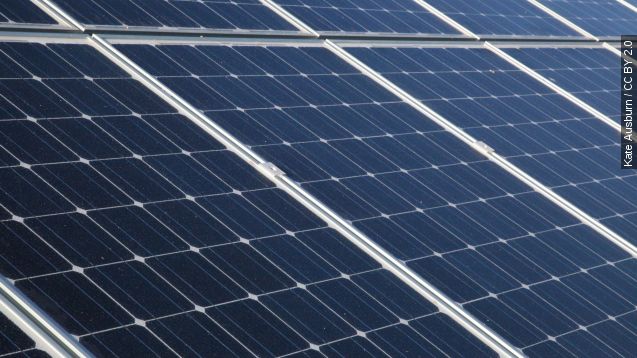 SMS
Can India's Solar Airport Make A Dent In The Smog?
By Katie Link
By Katie Link
August 19, 2015
India's carbon emissions rank No. 3 in the world. Officials are working to change that with the first ever solar-powered airport.
SHOW TRANSCRIPT

Global leaders have long warned India to cut it out. Cut out the pollution, that is.

And in a way, India has answered. The first ever solar-powered airport was unveiled Tuesday in the southern state of Kerala. (Video via NTV Teluga)

It's a big move for the country that is considered the third-largest producer of carbon emissions in the world. (Video via Press TV)

Cochin International Airport now boasts more than 46,000 solar panels. They're spread out over 45 acres and will provide enough power to fulfill all of the airport's electricity needs. (Video via Al Jazeera)

"We consume about 48,000 units of power a day, so why not produce almost equal to that?" Airport Managing Director VJ Kurian told Al Jazeera.

So what's next? Will all of India's airports become solar-powered?

The government does want $100 billion to be invested in the solar sector over the next decade.

But the country also needs to focus on legislation aimed at cutting back on emissions from cars and coal.