Can Fox's 'Prison Break' Revival Match The Success Of '24'? 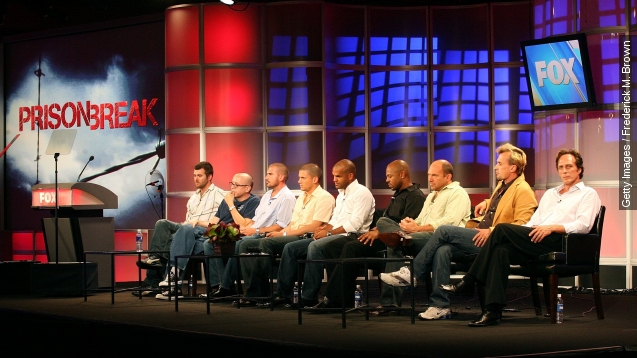 When television series get canceled, it used to be that they simply floated into the abyss never to be heard from again. Nowadays, that's not the case.

For example, "Prison Break." Fox canceled the show after four seasons in 2009 due to failing ratings.

But after six years off the air, the series starring Wentworth Miller and Dominic Purcell is now returning to the small screen.

Similar to the Kiefer Sutherland-led "24: Live Another Day," TV Line reported Fox is working on a limited-series revival of "Prison Break." Basically, it'd run for about half a season and have a definitive ending.

But how will "Prison Break" compare with the success Fox saw with "24: Live Another Day"?

Fans were thrilled when Fox brought back "24" for a ninth season, four years after the series finale, which Cinema Blend called "less a cliffhanger and more an unhappy ending."

What was supposed to be a conclusion to Jack Bauer's story did so well that Fox is now in the processing of developing a spin-off.

Fox is really loving its limited-series right now. It's also bringing back "The X-Files" for six episodes after what the show's creator fondly called "a 13-year commercial break."

As for the "Prison Break" revival, E! spoke with Miller back in January, and he seemed completely on board if the show were to ever be picked up again.

But just how Miller and Purcell will fit filming "Prison Break" into their busy schedules remains to be seen.

The two recently starred as Captain Cold and Heat Wave in The CW's "The Flash" and were so successful that their characters were brought over to the network's new superhero series "DC's Legends of Tomorrow," which will premiere mid-season.