Can Curiosity Boost Memory And Learning? 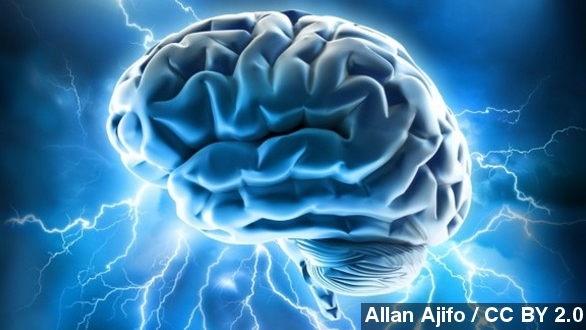 SMS
Can Curiosity Boost Memory And Learning?
By Amy Kluber
By Amy Kluber
October 4, 2014
A study found the greater interest a person has in a topic, the better that person can remember even unrelated information.
SHOW TRANSCRIPT

Ever wonder why you remember some bits of information and forget others? According to University of California at Davis researchers, it might have something to do with your curiosity.

In a study published in the journal Neuron, the researchers found those who felt particularly curious about a subject remembered even unrelated information both in a short-term period and after 24 hours.

Participants were given a series of trivia questions followed by an image, and were asked to rate their level of curiosity in answering them. The more curious they were, the better they remembered details about the images.

Some headlines made sure to mention some variations of the obvious expression here: Curiosity killed the cat. But at least it boosts learning and memory, right?

In a press release, the researchers explain it all has to do with curiosity interacting with the brain's reward system, adding, "Curiosity may put the brain in a state that allows it to learn and retain any kind of information, like a vortex that sucks in what you are motivated to learn, and also everything around it."

So the key to remembering that bit of information when, say, studying for an exam is to actually be interested in it. But it might not always work out as intended.

As a neuroscientist unrelated to the study tells Scientific American, curiosity could actually be a negative experience. "Being uncertain about the identity of the murderer may be a pleasant reward-anticipating feeling when you know this will be revealed. But this will turn into frustration if the last chapter is missing."

The researchers say the findings could be beneficial in boosting learning in classroom settings with students potentially being more motivated to learn if dull material can be enhanced to pique their interest. (Video via Google)

This video includes images from Getty Images and The Popular Science Monthly / D. Appleton and Company.