Can Closing 300 Stores Save Office Depot From Demise? 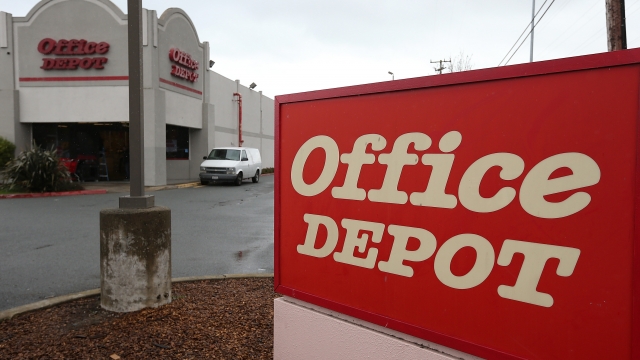 Three months ago, Office Depot was about to merge with a rival. Now, it's closing 300 stores as it has its seventh straight drop in quarterly sales.

The company says the 300 stores will be closed over the next three years, which will eventually help cut costs by $250 million. And the closures shouldn't be too much of a surprise. Earlier this year, the company closed 400 stores at the end of the second quarter as business continued to dwindle.

Office Depot says that set of closures has been good for the company, leading to "more than $100 million in ongoing benefits."

But at the same time, the company will focus on smaller stores and new channels for its products. The company's CEO claims it's opening new "stores of the future" that include different types of products and enhanced printing services.

The brick-and-mortar office supply business as a whole is having a tough time. Online shopping on websites like Amazon make it almost impossible for companies like Office Depot to compete.

Office Depot and Staples tried to offset the competition with a planned merger, but in May a federal judge blocked it because of antitrust concerns. Both companies decided not to appeal and abandoned the $6.3 billion deal.

Office Depot blames at least part of its struggles on the merger failure. CEO Roland Smith says, "If this process didn't happen, we would have been delivering significantly more profit in 2016 than we are."

A retail analyst told press all of the closures are a great move, saying it was "the correct response to a market that is still overcapacity."

This video includes images from Getty Images and clips from WPTV and Office Depot. Music provided courtesy of APM Music.