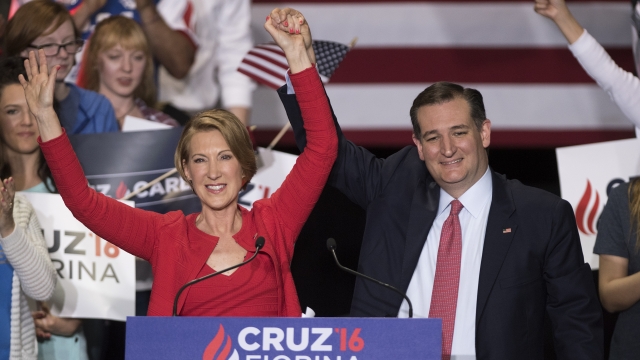 After losing big to Donald Trump in primary after primary, Ted Cruz needed to change the conversation, and he hopes his announcement Wednesday will do that. Former Hewlett-Packard CEO Carly Fiorina, who dropped out of the race months ago, will join Cruz as his running mate.

Now, Fiorina has sort of been Cruz's de facto running mate for several weeks now, ever since she endorsed him. And since he's not the nominee, there's nothing all that official about this. He just needs all the help he can get in Indiana's primary next Tuesday.

While Fiorina is popular among GOP voters, she wasn't popular enough to stay in the race past New Hampshire.

But she does have experience butting heads with Donald Trump, and for Ted Cruz, that's worth something right now.

"Look at that face. Would anyone vote for that face?" CNN's Jake Tapper recited from Trump's remarks.

"I think women all over this country heard very clearly what Mr. Trump said," Fiorina responded.

This video includes clips from ABC, CBS, Fox News and PBS and images from Getty Images.