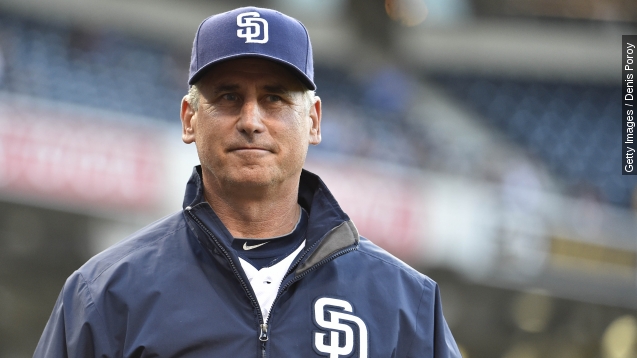 For a team as young and talented as the Washington Nationals, 2015 couldn't have gone much worse.

Their late-season choking in the NL East was capped off with a choking in their dugout and ultimately the firing of Matt Williams, who had won Manager of the Year just a season before.

Now, the MLB team is hoping to restore the momentum of seasons past with a new manager.

The Washington Post reports Bud Black will take over managerial duties for the Nationals in 2016.

Black's been around MLB for nearly 35 years now. He came up as a pitcher for Seattle in 1981 and started his head coaching career with the San Diego Padres in 2007. He served nine seasons with the Padres until being fired midway through last year.

USA Today describes Black as "one of the most respected managers in baseball," which is important considering a lack of respect might have contributed to Williams' firing from the Nats. (Video via KGTV)

The Nats offense is anchored by Bryce Harper, and their pitching staff is led by Max Scherzer, both of whom had MVP-caliber seasons last year. (Video via MASN, WJLA)

Their roster rounds out with former All-Stars and award winners, players who seemed to underperform under Williams' management last year.

That's why Black's reputation could be the biggest factor in all of this.

"It starts with communication. It starts with dialogue. ... You can't just throw talent together and expect to win," Black, then manager of the San Diego Padres, said in an interview with Keith Olbermann.