Can Athletes-Turned-Actors Win At The Box Office? 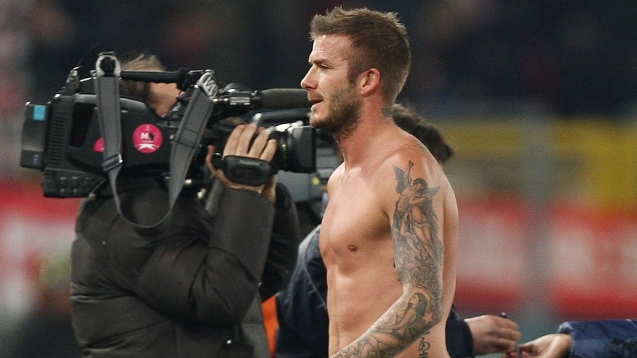 In 2014, Becks earned $42 million in endorsements alone — hocking everything from pricey watches to cheap underwear. And now — Beckham is upping the ante — attempting to win at the box office as an actor, even addressing the fan campaign on Twitter that he should play the next James Bond.

The athlete has a little acting experience, appearing in the short film "Outlaws" for a luxury leather brand and is set to have a small speaking role in Guy Ritchie's "Knights of the Roundtable."

Beckham told The Times, "I am very aware that many sportsmen and other celebrities have turned their hand to acting and failed."

But it seems when athletes play themselves, they're much better received.

We're talking about Lebron James in "Trainwreck," Clay Matthews in "Pitch Perfect 2" and Michael Jordan and every nineties NBA star in "Space Jam" — each film grossing nearly $100 million or more.

Exceptions to that argument include "Governator" Arnold Schwarzenegger, bulky Hulk Lou Ferrigno and Dwayne "The Rock" Johnson, though you could argue he was still acting as a pro-wrester.

If all else fails for Beckham, his posh wife Victoria could teach him a thing or two about how to succeed on the big screen. "Spice World" was definitely snubbed at the Oscars.