Can A High-Tech Makeover Save Barbie? 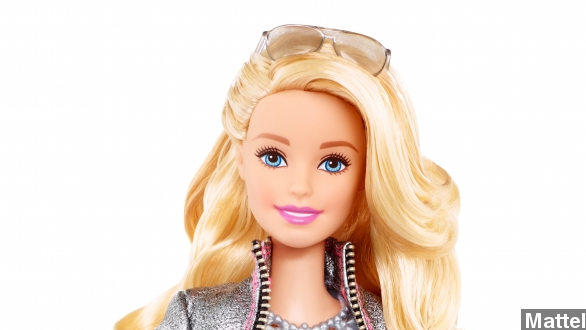 SMS
Can A High-Tech Makeover Save Barbie?
By Madison Burke
By Madison Burke
February 17, 2015
Mattel has introduced a new Barbie that can listen and respond to spoken words.
SHOW TRANSCRIPT

Could Barbie be attempting a comeback?

The dolls that have seen poor sales the past three years, likely do to criticisms of lack of diversity and promoting poor body image, are getting a high-tech makeover.

Barbie’s creator Mattel has introduced a new Barbie line that is able to listen and respond to spoken words. The tech savvy model is called “Hello Barbie” and will retail for $74.99 when it launches later this year.

Hello Barbie was programmed by speech-recognition company ToyTalk, and the doll's necklace features both the microphone and the speaker.

But, Hello Barbie requires Wi-Fi to talk, so she'll be considerably less chatty when there's no connection around.

Communicating toys is something we are seeing more of lately.

"Hi, my name is Lilly," said Lilly as she talked to a toy.

"Hi, Lilly. Nice to meet you," the toy answered.

The BBC points out there are some dangers that come with this kind of technology, noting how Cayla the talking doll could be hacked to say things inappropriate for children:

"Be careful parents. Who knows what I might say next."

Mattel is also planning a superhero line, and reps say diversity will be a big part of future lineups.