Campaigning Is In Full Swing, But Does It Even Change Minds? 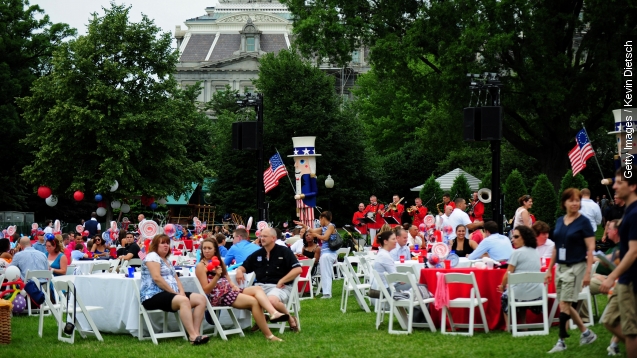 SMS
Campaigning Is In Full Swing, But Does It Even Change Minds?
By Eugene Daniels
By Eugene Daniels
July 4, 2015
Campaign events are popping up everywhere but are they even changing voter's minds?
SHOW TRANSCRIPT

July 4th is a time for fireworks, family, food and this year — presidential hopefuls. Seven candidates from both sides spent their Independence Day in New Hampshire at rallies or walking in parades.

But isn't it too early for pre-primary events? Of course not.

Remember this? Republican Senator Joni Ernst's hosted an event in June called the "Roast and Ride." Seven GOPers showed up to that one. Scott Walker even rode a hog.

It's no secret the length of presidential elections have become longer. As a writer for The New York Times put it, "It hasn’t always been this way, at least not out in the open. The public process has slowly lengthened in recent decades."

So, does all of this early campaigning actually matter? It depends on who you ask.

One theory is that there is already so much party loyalty, kissing a baby isn't going to change the minds of many.

And with that in mind, campaigning is more for the rising number of unaffiliated voters. According to the Pew Research Center, 39 percent of Americans self identify as Independents. Compare that to just 30 percent in 2004.

However, that same study found most Independents still lean toward a party.

So you might as well get used to this for the next 16 months.