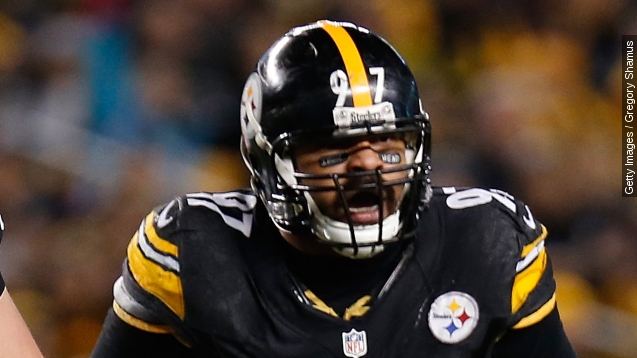 After a discussion with the NFL, Pittsburgh Steelers defensive lineman Cam Heyward will no longer wear his "Ironhead" eye black during games.

Heyward's been wearing it as a tribute to his late father, Craig "Ironhead" Heyward, who died of brain cancer. The only problem is the altered eye black violated the NFL's uniform policy, and Heyward started getting fined for it.

But the former first-round pick says it's all good now. During an appeal hearing over his first fine of $5,787, Heyward said he and the league came to an agreement — he'll stop wearing the eye black and will instead honor his father "in other ways on and off the field."

Heyward described Tuesday's meeting with the NFL as "a respectful exchange," but the situation has given the league a black eye.

When Heyward first announced he'd been fined for the gesture last week, the outcries over the NFL's policy came rolling in.

Heyward says he now considers this matter "closed" and has set up a charitable partnership with EyeBlack.com.

This video includes images from Getty Images and David Schellhaas / CC BY 2.0.