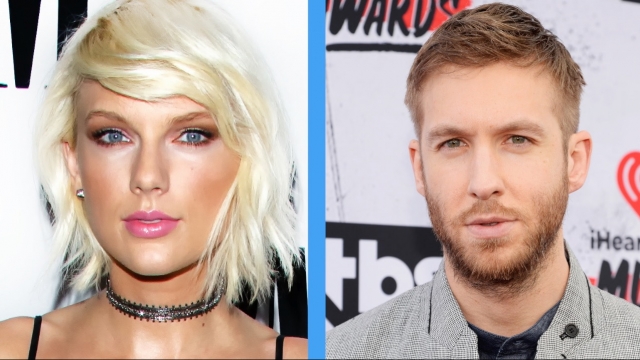 Relationships come and go. And apparently, all the records of their existence do, too.

Scottish DJ Calvin Harris unfollowed his ex-girlfriend Taylor Swift on Wednesday after photos that appeared to show her kissing actor Tom Hiddleston were published by a British tabloid.

Harris and Swift announced the split in early June. He tweeted, "The only truth here is that a relationship came to an end & what remains is a huge amount of love and respect," but has now deleted the post.

He then reportedly tweeted, "Oh boy it's about to go down," with a couple of skull emojis for good measure, before deleting all of his pictures on Instagram with the pop star.

Not to play historian herself, Swift then wiped most of the evidence of their relationship clean from her social media accounts.

Harris even unfollowed Swift's brother — 'cause, you know, shared genes and all.

It seems a little like high school — but a high school where everyone's making millions and winning Grammys.

Harris turned his attention back to his career, promoting a new song with Rihanna on his Twitter on Wednesday.

This video includes a clip from BBC Radio 1 and images from Getty Images.