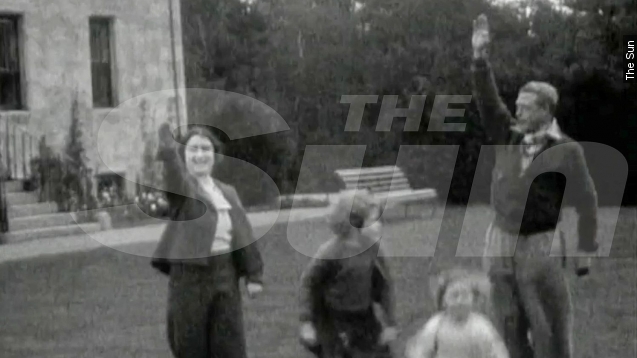 By now, just about everyone has criticized U.K. tabloid The Sun for publishing this archival footage of the royal family, including a young Queen Elizabeth II, apparently performing a Nazi salute.

The images deemed "shocking" and "astonishing" by The Sun were dismissed as a historical anomaly by most observers — the Nazi salute didn't have the same vile implications in pre-war England as it does today, and plenty of British families saw imitating the salute as harmless fun.

But even if this particular piece of history isn't as scandalous as The Sun makes it out to be, it does at least raise questions about how the Royal Family safeguards its historical documents.

"The 1930s haven't been researched properly in connection with the Royal Family and this can be done now," historian Karina Urbach told The Sun.

Part of The Sun's own justification for publishing the footage is an endorsement from historian Karina Urbach, who criticizes the Royal Family for keeping their records from that era hidden from public view.

That likely has something to do with Edward VIII, also seen in The Sun's leaked footage, whose infamous flirtation with Nazi ideology leading up to the war has become a black mark on the royal family's history.

The palace has generally maintained tight control on what information goes public. In 2011, they orchestrated changes to the Freedom of Information Act protecting all palace communications for public scrutiny.

"Until the royal family permits serious scrutiny of their archives, it will be left for places like The Sun to leak images without us being able to contextualize them properly," historian Kate Maltby told CNN.

The palace is currently investigating how The Sun obtained the footage and whether its publication violates any copyright laws.

This video includes an image from Bundesarchiv / CC-BY-SA 3.0 DE.