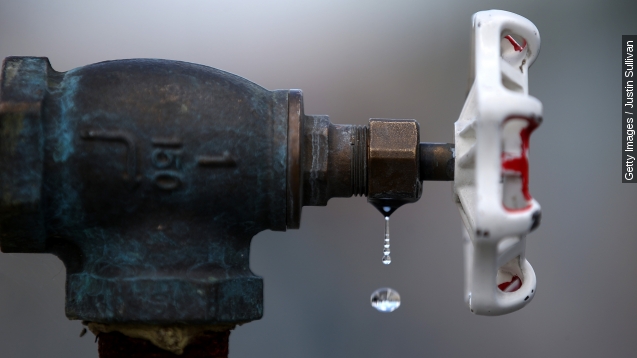 A study by the U.S. Geological Survey found the state's drought isn't the only water problem California residents have to deal with.

The agency's research, beginning in the early 2000s, looked at California's public water supply. It turns out one-fifth of the state's groundwater, which helps supply public water systems, contains high levels of contaminants that could be toxic. (Video via KQED)

If you live in the state, or have visited recently, you probably didn't notice the water looking any different than — say — normal drinking water. The USGS says that's because the ground acts as a natural filter, taking out any particles that can be seen with the naked eye. (Video via Dasani)

But just because the water looks clear doesn't mean it's free of contaminants.

The study looked at roughly 11,000 wells, which service 99 percent of Californians who get their water from the public water system, and found arsenic, uranium and manganese. But so far, the state's drought is still the more pressing issue.

The USGS only looked at public water wells, but it's possible the contaminants could also be present in California's more than 250,000 private wells.