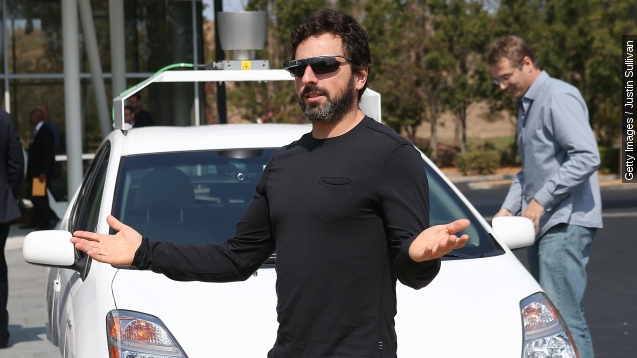 Though the requirements would be a bit of a road block for autonomous vehicles, we want to clarify something: The rules don't spell doom for the technology as a whole. (Video via Google)

The draft regulations say that autonomous autos would have to undergo safety certifications and a third-party demonstration test; that's no biggie. (Video via Google)

The cars would need to have a licensed driver who has "an autonomous vehicle operator certificate" while the car is driving on the state's roads. That person would also need to be able to take over operations in case of emergency. (Video via Google)

Well, I guess that would take Google's Koala-faced car out of the game — for now. (Video via Google)

Driverless cars would need to be deployed initially with only a three-year permit, which would also require manufacturers to submit monthly reports on things like performance and safety. This could get annoying, but the technology is new, so the extra scrutiny isn't totally surprising. (Video via The New York Times)

Also, manufacturers would have to disclose any and all private information collected from drivers by the cars — makes sense. Oh, and alert drivers of any potential cyberattacks on the vehicles — gosh, I'd hope so. (Video via Nissan)

After the draft rules were made public, Chris Urmson, head of Google's driverless car project, took to his blog to air his main complaint,

"This maintains the same old status quo and falls short on allowing this technology to reach its full potential, while excluding those who need to get around but cannot drive."

He's talking about the whole a-person-with-a-special-license-has-to-be-in-the-car-and-ready-to-take-over part of the rules. (Video via Google)

But these are just proposed rules for now, so Urmson could still get his way. Plus, the state's DMV is holding public workshops to go over the regulations in January and February next year. (Video via Google)