California And Nebraska Voted Against Banning The Death Penalty 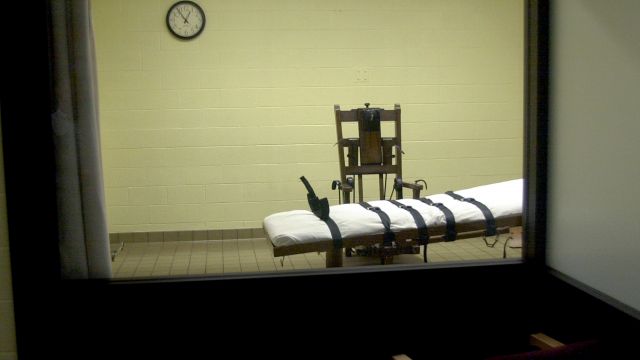 California and Nebraska voted against banning the death penalty.

California has 750 inmates on death row, but it hasn't executed anyone since 2006.

In California, voters considered dueling death penalty propositions. Proposition 62 would have ended the death penalty, making life in prison without parole the toughest sentence in the state. Instead, voters approved Proposition 66, which keeps the death penalty and tries to shorten the time between conviction and execution by putting a time limit on the appeals process.

U.S. support for the death penalty has been dropping since 1995. A recent survey found 49 percent of Americans support capital punishment for people convicted of murder.

Oklahoma voters decided to add the death penalty to the state's constitution and declare it's not cruel and unusual punishment. This allows the state to use any method of execution that's not prohibited by the U.S. Constitution.

The death penalty became a hotly debated issue in Oklahoma after the botched execution of Clayton Lockett in 2014. Executions were put on hold in October 2015 while the state ironed out its protocol issues.

Nineteen states have done away with capital punishment. The U.S. is one of 58 countries in the world using the death penalty.