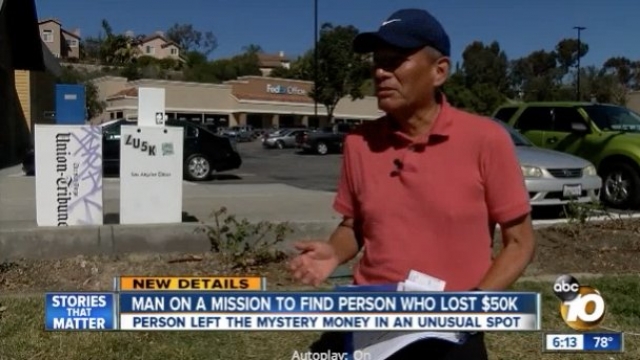 SMS
California Man Finds $50K Check Inside FedEx Copy Machine
By Ryan Biek
By Ryan Biek
February 16, 2016
When a California man opened a copy machine's lid at a FedEx, he discovered a $50,000 check, but finding the owner hasn't been easy.
SHOW TRANSCRIPT

A California man went to a FedEx office over the weekend, and when he used the copier, he found a $50,000 check.

Lee Carson told Newsy's partners at KGTV he found the cashier's check under the copy machine's lid. The rightful owner appears to be a Frank Prior.

Instead, he says he went to the local police station, but it was closed.

"And I thought if this was my situation, it would certainly rise to the level of an emergency, so I called 911," Carson told KGTV.

But the dispatcher said to come back to the station after the weekend. He then tried calling the bank the check was issued from but only reached a call center in Taiwan.

Lee said he'll return to the bank on Tuesday if he can't find Frank Prior before then –– no finder's fee needed.