California Is The Fifth State To Legalize Assisted Suicide 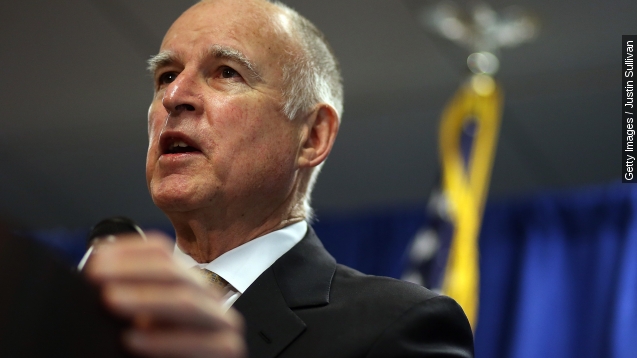 Doctors in California can now prescribe to patients lethal doses of drugs in what's widely known as "physician-assisted suicide."

The bill, signed Monday by Gov. Jerry Brown, is called the End of Life Option Act. It lets physicians provide lethal prescriptions to adults with terminal illnesses who have a life expectancy of six months or less.

So-called "assisted suicide" has been widely debated in recent months, and Brown said the decision to approve California's bill was a hard one.

"I think until anyone has walked a mile in my shoes...," Brittany Maynard told CBS This Morning.

29-year-old Brittany Maynard put California at the center of the debate last year when she left the state — her home — and moved her family to Oregon where she could legally end her life.

"No one should have to leave their home and community for peace of mind to escape suffering and plan for a gentle death," Maynard said.

According to The Washington Post, most terminally ill patients who choose this course in Oregon take secobarbital or pentobarbital. The patient is usually unconscious within 25 to 100 minutes.

The new California law is similar to Oregon's. It requires that patients have multiple approvals and witnesses to their decision, and be able to physically take the medication themselves.

He told the California state Assembly, "I do not know what I would do if I were dying in prolonged and excruciating pain. I am certain, however, that it would be a comfort to be able to consider the options afforded by this bill."

California joins four other states — Oregon, Washington, Montana and Vermont — that also have legislation like this. A handful of other countries including Switzerland, Belgium, Luxembourg and the Netherlands have legalized some form of assisted suicide as well.