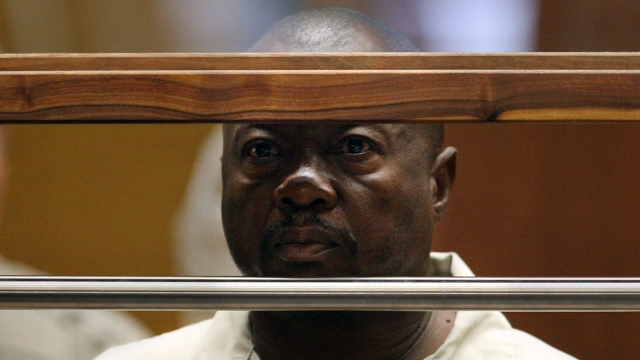 "You are truly a piece of evil," said Enietra Washington, a survivor of the "Grim Sleeper."

The California serial killer known as the "Grim Sleeper" has been sentenced to death for the murders of nine women and a teenage girl.

In May, Franklin was convicted on 10 counts of first-degree murder and one count of attempted murder.

The judge handed down a death penalty sentence for each of the 10 murders.

"It's obvious that you have a deep-seeded hatred for women," Judge Kathleen Kennedy said during the sentencing.

None of Franklin's relatives were at the sentencing.

But several family members of the victims did attend and could address him.

"I would like to know why. What did Alicia Monique do to you?" a victim's mother asked Franklin in court.

Franklin's reign of terror in southern Los Angeles lasted from 1985 to 2007.

The "Grim Sleeper" nickname is a nod to a 14-year gap in the murders he committed.

Franklin will now join the more than 700 inmates currently on death row in California. No one has been executed in the state since 2006.

This video includes clips from ABC and images from Los Angeles Police Department and Getty Images.